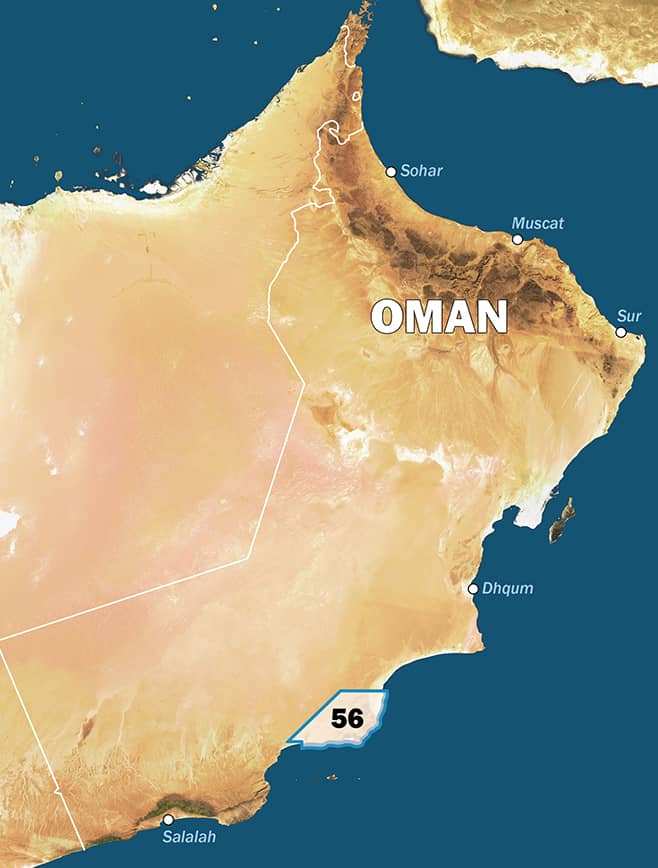 Block 56 (the “Block”) covers an area of 5,808 km2 in the south-eastern part of Oman some 200 km south of Blocks 3&4. To date 11 wells have been drilled on the Block and all but one have encountered oil or oil shows, although none have been determined to be commercial. The current operator has successfully drilled three of these wells. Testing operations of three previously drilled wells were successfully completed in the first quarter 2020. One of the wells confirmed the presence of an active petroleum system with a crude oil quality of 20-25 degrees API and medium viscosity, although the commercial viability is yet to be determined.

The Block lies at the intersection of different geological provinces including the prolific South Oman Salt Basin. It offers exploration potential in multiple play concepts, both proven and unproven, many of which are familiar to Tethys Oil from its current operations in the country.