Why is this important?

Biodiversity is the basis of effective ecosystems and, therefore a key component to the benefits that people derive from those systems. The benefits are flood control and climate regulation, water access and food supply. During the exploration phase when activity levels are sporadic, the Company’s operations that may have the most significant impact is the potential disruption of biodiversity and interference of land use. As most Tethys Oil’s operations constitute exploration, biodiversity and land use are highly prioritized topics. 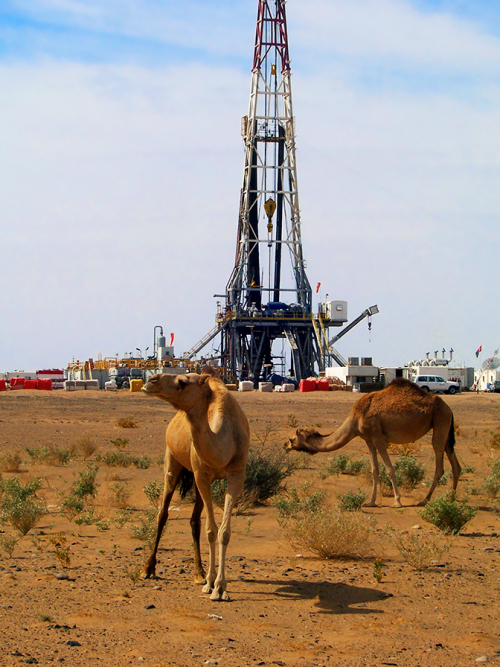 Tethys Oil operates in the Sultanate of Oman, arid areas where land use opportunities are limited, and biodiversity is generally poor. Hence, the strategic geographical focus mitigates risks of impacts to some extent. Nevertheless, Tethys Oil is committed to minimising any potential impact on natural habitats, in the surroundings above and sub the surface. Protection of biodiversity is included in planning and executing all the Groups projects.

Tethys Oil monitoring through third party environmental service agency in EIA the wildlife populations listed in the IUCN Red list for vulnerable species. In Blocks 49, 56 and 58 gazelles and lizards are the most probable red list species that may be present within The Company’s area of interest. It is also likely that birds will be attending and migrating through the project area. To identify and mitigate for the presence of these, feasibility scoping reports are performed before each new exploration, seismic or development project. The feasibility reports are conducted in conjunction with environmental services agencies, which gives an external assurance of the environmental assessments. Risks are assessed and mitigated prior to any planned activity.

While environmental assessments are performed before any activities are initiated within licenses under exploration phases, the effects are already analysed and reported to authorities in the Sultanate of Oman for approval. However, Tethys Oil is committed to minimising the impact throughout the production phase. On Blocks 3&4, which are in the production phase, liquid hydrocarbon spills are closely monitored, documented, and mitigated.

Why is this important?

Emissions from the oil and gas industry may contribute to local or regional impacts that can affect human health, flora and fauna. On a global level, emissions are the main contributing factor to global warming and climate change. Continuous emissions at historical levels will probably have serious consequences such as disrupted ecosystems, sea acidification, human safety, food production, access to water and increased risk of environmental disasters.

Climate change is a global responsibility and is increasing in importance to the Group’s stakeholders. As a part of an industry that is likely to continue to have a global role in supplying reliable energy, Tethys Oil has a responsibility to support the transition to a lower carbon future. To meet future global energy demands, the world will need various energy sources combined with energy efficiency. Resilience in the industry will be determined by energy efficiency and emissions reduction.

In total most of the Group’s material atmospheric emissions were generated by its interest in the production operations on Blocks 3&4. The Blocks primary sources of emissions arise from the flaring of associated gas produced in conjunction with the recovery of oil and the use of diesel-run power generators used to power production facilities, camps, downhole pumps, and drilling rigs. In addition to flaring the associated gas, gas has been, on a smaller scale, used for power generation within the facility camps replacing some diesel generated power.

Tethys Oil proactively engages with the operator of its production assets in Blocks 3&4 to reduce emissions.

Although the Group is not an operator in Blocks 3&4, monitoring of emissions is performed with quarterly reporting from the operator and followed up by management regularly. The data is recorded by third party Environmental Monitoring & Auditing Agency for Environmental Performance. Site visits are conducted monthly, including an environmental specialist, and all non-compliant or environmental issues are reported. According to the code of conduct, Tethys Oil shall actively apply its HSE standards in all business operations, including joint ventures. In practice, this means to conduct active dialogue, maintain transparency, and influence business partners to strive at the same goals.